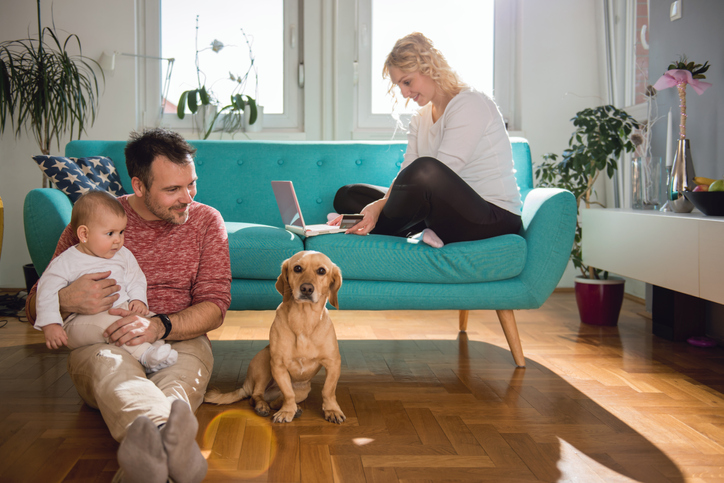 Domestic dogs come from a variety of backgrounds and sources and are of many breeds and mixes. What dogs do have in common with one another is how they communicate. Sometimes dogs feel uncomfortable in situations and show signals which, if we don’t notice or misunderstand them, could escalate and lead to a dog bite. Often children are the victims of dog bites. Learning what dogs mean when they show certain signals means we can use and teach children safe conduct around dogs.
Statistics indicate 4.5 million dog bites occur in the USA each year and that, among children, the rate of dog bites is highest for children between the ages of 5 and 9 years old.
One study showed that parents were present in 84% of cases when a child under 7 years of age was bitten. The conclusion was that close supervision is necessary to help children avoid behaviors that may lead to being bitten by a dog. A 2003 study on dog bites to children concluded that, out of 100 accidents, 67 children might not have been bitten had they and their parents been adequately educated on safe conduct towards dogs.
Psychologists have discovered that children understand the risks of approaching an “angry” dog but that they are unaware that they should show the same caution around frightened dogs. Two groups of children aged 4-5 and 6-7 years were studied, and results showed that while the children were less likely to approach an angry dog there was no difference in their inclination to approach a happy or frightened dog.
Another study investigated whether preschool children can be taught how to interpret dogs’ behaviours, with the purpose of helping avoid dog bites. Three to five-year-old children were divided into two groups.  One group received training on dog behavior while the other group acted as the control group and did an activity related to wild animals. The group who received training in dog behavior were reported to be significantly better at judging a dog’s emotional state and were able to refer to relevant behaviors to support their judgment after the training.  The results of this study are promising as they indicate that preschool children can be taught how to correctly interpret dogs’ behaviours.
Parents and other adults can help children avoid the risk of a dog bite by closely supervising children when the children are around dogs (including familiar dogs), by learning what constitutes hazardous human behavior around dogs, by learning about and educating children on the signs of a fearful or stressed dog, and by providing dogs with a childfree space of their own when they need it.
References:
Canadian Animal Health Institute. (n.d.). Companion Animal Health. Retrieved from Canadian Animal Health Institute: http://www.cahi-icsa.ca/companion-animal-health/
Centers for Disease Control and Prevention. (2015, May 18). Preventing Dog Bites. Retrieved from Centers for Disease Control and Prevention: https://www.cdc.gov/features/dog-bite-prevention/
Industry Trends. (2016). Retrieved from American Pet Products Association. : https://americanpetproducts.org/press_industrytrends.asp
Kahn, A., Bauche, P., & Lamoureux, J. (2003). Child victims of dog bites treated in emergency departments: a prospective survey. European Journal of Pediatrics , 254-8.
Karen Overall, V. (1997). Clinical Behavior Medicine for Small Animals. St. Louis: Mosby Inc.
Lakestani, N., & Donaldson, M. L. (2015). Dog Bite Prevention: Effect of a Short Educational Intervention for Preschool Children. Plos one. Reisner, I. R., Nance, M. L., Zeller, J. S., Houseknecht, E. M., Kassam-Adams, N., & Wiebe, D. J. (2011, March 28). Behavioural characteristics associated with dog bites to children presenting to an urban trauma centre. Retrieved from bmj.com: http://injuryprevention.bmj.com/content/early/2011/03/27/ip.2010.029868.short
Rezac, k., Rezac, P., & Slama, P. (2015). Human behavior preceding dog bites to the face. The Veterinary Journal , 284-288.
Staffordshire University. (2016, September 14). Children unaware of the risks of approaching frightened dogs. Retrieved from Staffordshire University: http://www.staffs.ac.uk/news/children-unaware-of-the-risks-of-approaching-frightened-dogs-tcm4292249.jsp

Jane Bowers has been training dogs for over two decades. She teaches people to train their dogs in group and private training courses and has a keen interest in assisting dogs with behavioral issues. Her company is Dogs of Distinction Canine Training Inc. Jane has a monthly newspaper column on dog related topics and is a former host of a live call in TV show on animals. She is a strong advocate for force free and humane training methods for all animals. Jane has a degree in psychology and is certified as a dog trainer through the Certification Council of Professional Pet Dog Trainers and as a behaviour consultant through the International Association of Behavior Consultants and through the Association of Animal Behavior Professionals.
These organizations require a minimum number of continuing education units be obtained to retain certification. She is also a professional member of "The Pet Professional Guild," an organization committed to force-free training of animals and the "Association of Professional Dog Trainers," a professional organization of individual trainers who are committed to being better trainers through education. Jane is the content creator of the online course "Assessing and Interpreting Dog Behaviour," which is a course for law enforcement personnel who meet unfamiliar dogs in the course of their duties. She is the author of "Perfect Puppy Parenting," a guide to raising a happy, confident, well-behaved dog. Jane spent 17 years working for Customs Border Services and in joint teams with US Homeland Security and the RCMP. She spent a further 8 years working as an Animal Control Officer and Bylaw Enforcement Officer. Jane lives on a small farm with dogs, sheep, donkeys, and chickens. The dogs each came from situations that prevented them from living in their original homes. The dogs range in size and age and with the dog training and behavioral work, whether it's participating in the development of an online training course, working with a client's dog or tracking a lost pet or animal.
:|zpendofcontent|: