The Cane Corso or also called the Italian Mastiff is considered as one of the best personal protection dogs. It is a large Italian breed of dog and for years, it has been valued highly in Italy as a companion, hunter of wild pigs, and a guard dog. It is a powerful dog that can weigh up to 120 pounds. It has a large head and a heavy body that is rectangular in shape. It has a strong build but has an elegant appearance as well. This breed comes in different colors such as black, red, gray, slate, and deer fawn. 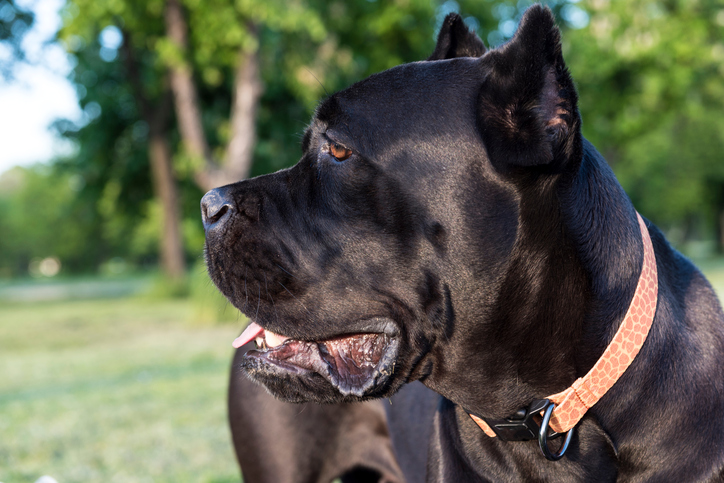 Cane Corso dogs are known to be docile and affectionate to their owners. They are also loving with children as well as to families and they can easily be trained as well. This dog breed has a storied history as a hunter and a guard dog. Read on if you want to know more about how they became one of the best dogs that can provide you and your family protection.

The name “Cane Corso” based on history, is as much as an adjective as it is as a noun. In Italian, the word cane means dog and the word corso is from the Latin word “Cohors” which means protector or bodyguard.
The name Cane Corso wasn’t used until around 1137 AD. In the past, it was known by names with provincial connotations such as Dogo di Puglia. But Cane Corso became a wider term that comprises the breed’s diffusion all through Italy and Sicily. In fact, it was held in such high regard that there are several metaphors as well as antidotes associated with its name like “can corso” which means a man of proud aspect and attitude, and “je’nucors” which means a young man who was the essence of moral and physical virtue.

The Cane Corso is known to be a descendant of a dog that was used in Ancient Rome in hunting and warfare. There is an art from 700 BC that shows a dog similar to the Cane Corso we know today assisting in the hunt. This proves that the dog breed has been around for a very long time.
They had a major role in Roman warfare and that was being used as piriferi, which was a practice where buckets of flaming oil were strapped to their backs and sent to the front lines of the enemy. They were warriors with no hesitations when it comes to fighting.

As a Farmhand and a Hunter

After the Roman wars, the Cane Corso became a dog that was devoted to hunting, farming, and guarding. Through the wars, they were taught to be extremely versatile and this versatility became helpful in being dogs who guarded livestock and farm buildings.
Another farm duty they had was assisting in the breeding of swine. After the swine gives birth, a sow would usually try to hide her litter and it was the Cane Corso’s job to find and incapacitate the sow which will allow the farmer to come and gather her litter.
The Cane Corso was also used in keeping wild boars under control. It was known to protect its masters when a wild boar appears and went on attack. They also helped with cattle by incapacitating a bull in order to separate it from the herd. They would just clamp down on the bull’s nose or ear which was later became known as “bull baiting.”
Their versatility also allowed them to adapt to the continually changing roles over the years when agriculture has diminished. That was the time their roles have emerged and they became family protectors and companions.
Aside from protecting people and animals from wild boars, the Cane Corso dogs also hunted them. Since hunting wild boards was dangerous, the Cane Corso made it safer for a hunter. They were also used to hunt porcupines which was dangerous for them because of the porcupine’s sharp quills.

Decline of the Cane Corso

However, the economy and farms changed because of the World Wars. These brought disarray to the regions’ rural activities which were the livelihood of the Cane Corsos. After the second World War, work decreased for the versatile Cane Corso and there was little to no food available for them. There were also natural disasters such as flooding and landslides that occurred during that time along with poverty. The Cane Corso’s golden age was over and by the 1970’s, their breed was nearly extinct.

Recovery of the Cane Corso

There were grown up Italian men who had seen the hardworking Cane Corso in their childhoods. They wondered what happened to the once thriving breed. They did some research and after that, the breeding of the Cane Corso started again. They worked together to locate some of the dogs in remote villages.
In 1994, the breed had an official ENCI recognition and an FCI recognition in 1996. In 2010, Cane Corsos were recognized by the American Kennel Club and the breed's popularity continued to grow.

After knowing the history behind the Cane Corso Mastiff breed, it’s now easy to understand why they make such good protection dogs. Their history of hard work and versatility, as well as their strength, shows that this breed is truly ancient and certainly has wisdom. It is a ferocious breed but also smart and can make a loving companion as well. These characteristics are usually what people are looking for in pets that will stay by their side. 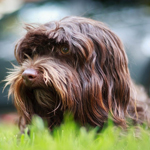 Chaz Elban is a founder and blogger for https://thepuppyplace.org, a blog focused on puppies and dogs in general.  Chaz has 3 dogs including a Miniature Schnauzer, Morikepoo and a Havanese.   Chaz grew up on a farm and has many fond memories of taking care of and playing with his many dogs on the farm.  You can contact Chaz at info@mentalitch.com.
:|zpendofcontent|: